Nothing Good Comes From Hatred 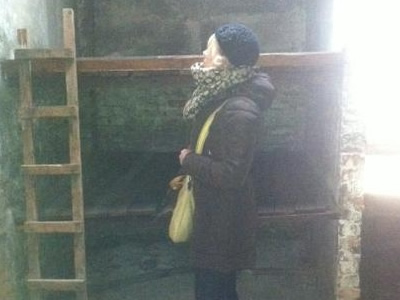 Myself and my wife recently returned from a trip to Poland which included a trip to the infamous Auschwitz. We were both apprehensive when we booked the day trip tickets, not really sure why we felt the need to visit such an abhorrent scab on the earth.  A place where the average life expectancy was 3-4 months, with some lasting no longer than 3-4 hours after selection. Like many, I had seen the documentaries and books about the holocaust but no film maker or author can capture the bleak and haunting atmosphere that emits from this heinous place. As we stood looking at the tons of hair shaved from the heads of millions, my wife pointed out one little curl, it was obviously a little girls curl with the ribbon still attached.

This area slept up to 12 people. With no heat in winter. Those on the bottom generally didn’t last through the winter nights.

Everyone who visits Auschwitz Birkenau will come away with many memories but one memory will stand alone and its when the scale of what happened here hits you for the first time, for my wife it was the little girls curl. For me it was the display of infants clothing, taken from their bodies before being sent to the gas chambers.
I had so many questions in my mind during(and after) my time in the death camps.
How was this  allowed to happen for so long? why were so many millions of innocent people murdered? and how is hatred of this scale created? This is what inspired me to write this article….Nothing good comes from hatred. Hate is word I try my very best not to use. And for many years I have been successfully omitting from my vocabulary.
I believe by using this word it immediately creates an element of negativity. Our thoughts become our words and our words create our behaviours. In the past whenever I have used the word HATE, it never made me feel any better, always the opposite. The word itself is just that, a word. However, the meaning and power it carries by simply using it can be devastating. When one says, “I hate this or that”, hate is not placed in that in which you hate, but rather in the haters heart, your heart. It is more damaging to the one that hates then to that in which is being hated.

When you have hate in your heart, it can spread like a virus, and it becomes easier to hate, thus polluting your heart in this endless hatred, finally turning your heart black. Just by using the word hate, whether you mean it or not, it can spread, battle, and conflict with the love that is also in your heart. There is no good that comes directly from hate. By hating something or someone you allow that person or thing to further bother you even more then it already has. If you really dislike this thing, person or situation so much, then let it go, if you don’t then you are allowing it to control you, thus increasing your hatred towards it. By just simply using the word this chain reaction can happen. The word hate should not be used lightly, preferably not at all.
Recently I had a chat with a good friend about the regular use of profanity in peoples vocabulary. His opinions differed from my own. My observations are that the majority of us will feel uneasy and (to some level) uncomfortable while in the company or proximity  of those who regularly use profanity. As a young boy growing up in Dublin I was no stranger to hearing these words, however, it always made me feel uncomfortable. And when used with aggression the negative energy increased.
I choose now not to hate the words or those who convey them. Instead I now understand why they use these words but maybe that’s for another article. So how can we begin to stop hating? First we must ask ourselves where does the hatred come from? How and why did we allow ourselves to become frustrated by this person,place or thing.
There can be many reasons and ways for hatred to come about, but there is a simple answer. More or less, the source of hatred forms when our expectations are not met to our satisfaction. When one expects something, and it does not happen how we expected it to, we become disappointed. If we continue to have ideas on how things should be, and discriminate between things based off of our opinions, we are sure to eventually be let down.
This can lead to hatred in that in which is not to our satisfaction. The answer to these questions took me many years find, simply,do not expect. If you do not expect, you can not be disappointed. Remain neutral and remove your discrimination and prejudice which both can lead to hatred. Remember that discrimination can be as simple as valuing one thing over another. Remove that and you will begin to remove the hatred.