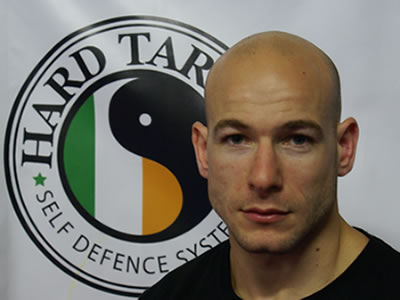 This article was inspired by an interview I heard. It was between a student of Hard Target self-defence and Geoff Thompson. Geoff Thompson is a Legendary Martial Artist, BAFTA WINNING author of thirty-four books published in 15 languages, five multi-award-winning films, three stage plays and hundreds of published articles.

What is “forgiveness”? The actual word means, “act of forgiving or willingness to forgive.” Is forgiveness important in one’s life for growth, growth within themselves? I’m not talking about physical growth, I’m talking mentally, emotionally and spiritually. As Geoff Thompson said if you want to be free you have to forgive. I think many people out there have the wrong perception/interpretation of the word forgiveness, I was under the illusion that it meant quite literally to let someone away with his or her wrongdoing towards you or indirectly towards you, in other words to let that person off. These next few lines are from Geoff himself:

Karmic law, cause and effect, we know that we can’t let people off, we can forgive them and when we forgive them we disentangle ourselves from the situation, from their karma but they still have their karma to unfold.

These are the words that hit home for me, they still have their karma to unfold. How does this karma unfold I don’t know, is it as complicated as a day in court, or quite simply is it sleepless nights? The message that sunk in for me was by forgiving this person/people,  you’re letting go of all that negative energy associated with this particular situation. There is only so long you can carry hate or rage about a person or situation around before it gets the better of you and it consumes you. I’m speaking from my own experiences. If you keep adding fuel (negative thoughts/energy) to this burning flame of hate and rage very much like fire it consumes you. Why, because we are the ones that are fuelling this fire, no one else. We are allowing this fire to burn bigger and rage through us because we are the ones who have the fuel taps open to full.

So in order to stamp out this flame/fire we must do the opposite, shut the fuel supply off. In this case “forgive” and rid yourself of all negativity associated with that person/situation and watch/feel that flame get smaller and smaller until eventually it goes out. When I realised what Geoff was saying, it was like a weight had been lifted from my shoulders – a cliché I know, but that’s honestly how it felt. I’m not saying that forgiveness happened overnight, it took me 5 years from the time my “situation” occurred to the time I listened to Geoff’s interview but once I got an understanding of what true forgiveness was about it made things a lot easier.

I know everyone’s situation is different but unfortunately I found it hard to keep that so-called fire under wraps and it did spill out over the 5 years and burn the people close to me. I didn’t realise at the time but it cost me a very valuable relationship. That’s for another time though. I do believe what goes round comes around and me personally I’ve been on both sides of the fence. Neither one is more pleasant than the other, well not for me anyway. I don’t want to harp on about karma but I think it goes hand in hand with forgiveness. Call it what you want, karma, yin yang, good versus evil. Makes no odds, karma will always catch up. It has to, doesn’t it? There has to be balance not only in the world but within human beings. Too much of anything is bad for you.

The choice is yours of course, but if I had realised what true forgiveness was it could have saved me a lot of heart ache. I think the quote at the top of this article hits the nail on the head.

So to sum it up, for me forgiveness is not about letting someone off, it’s about freeing yourself from the negative situation and letting the other person deal with the karmic fall. We all have enough problems to be dealing with, so do we really need these problems/people that can be so easily fixed by one simple act,