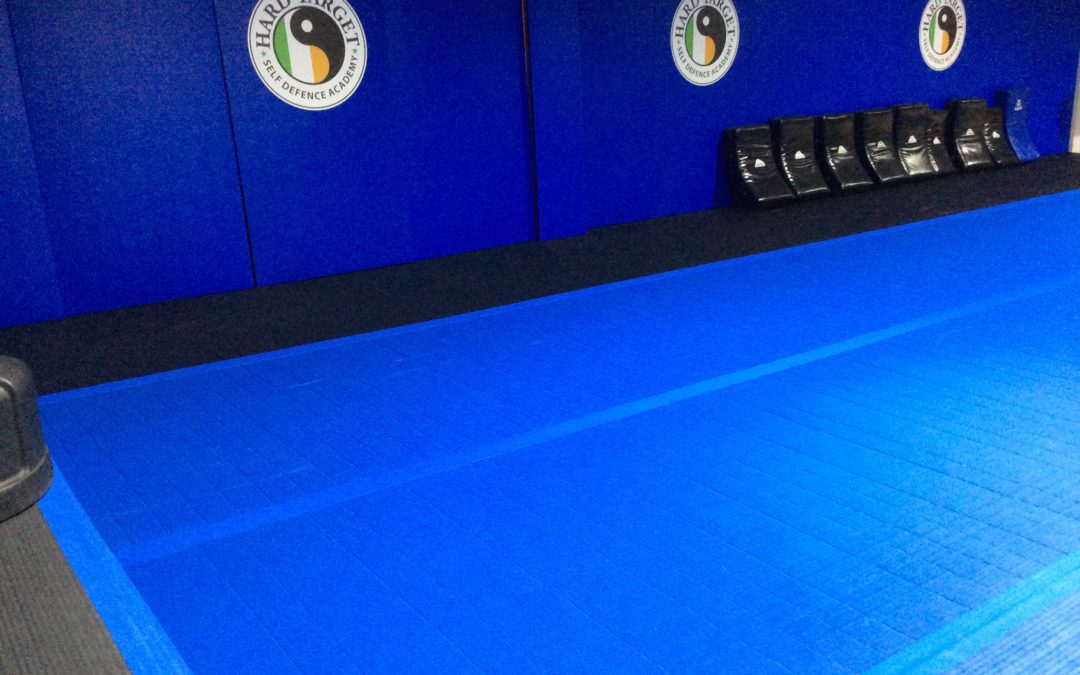 Since moving to our new home in September last year, we’ve been busy fitting out the academy, slowly transforming it into a comfortable state of the art facility to train. Just this week, after a lot of hard work and committment, we’ve finally completed our new Tatami matted training area. Thanks to Shaker Carroll for taking the time to fit the mats for us.

The History of Tatami Mats
Tatami mats are a kind of rush flooring used in traditional Japanese homes. Made of woven rush grass around a rice straw core, they are gentle but firm underfoot, and also give off a lovely (I think) scent, especially on rainy or humid days. Increasingly rare in modern Japanese interiors, tatami deserves to be considered as a potential material in all homes. Let’s take a look at its rich history.

Tatami mats have been around since at least the Nara period (710-794), when the word appeared in the oldest Japanese book, Kojiki, or “Record of Ancient Matters”, written in 712. In the Heian period (794-1185), they were placed on top of wooden floors as seating for nobles. The nobility and samurai would also sleep on tatami mats, called goza, while commoners slept on straw or straw mats (like commoners in the West). It wasn’t until the late Muromachi period (around the 16th century) that tatami mats were used to cover entire floors. Rooms covered with tatami were known as zashiki, which translates to ‘rooms spread out for sitting.’ The sizes of rooms were thereafter measured by how many tatami mats could fit there; a typical room was 4.5 mat, and the placement of the mats depended on what the room was used for.

It was during this era that the shoin-zukuri developed — this was the style that we now call traditional Japanese architecture, which evolved as a kind of hybrid of the studies of Zen monks and the formal reception rooms of the military elite. Shoin-zukuri were characterized not only by tatami matted floors, but also shoji partitions, or screens made of rice paper on wooden frames, coffered ceilings, and square pillars.

In the 16th century, the tea master Sen no Rikyu refined the Japanese tea ceremony, establishing the use of small, rustic tea rooms using rustic and natural materials, including tatami. His tea rooms were often smaller than they had formerly been, including one that is still extant (above) that is only big enough for two tatami mats. Rikyu was instrumental in popularizing wabi-sabi, the idea of finding beauty in simplicity, which became associated with the tea ceremony.

By the 17th century, tatami mats could be found in the houses of commoners, and they quickly became an integral part of every home. The mats work well with the unique climate of Japan, which is hot and humid in the summer and cold and dry in the winter, and the tatami mats evidently help regulate interior humidity. They also work with other cultural traditions in Japan, including being barefoot in the home, and sitting and sleeping on the floor.

In the last 150 years, traditional Japanese interiors have given way to more Westernized homes, and now many homes have only one tatami matted room, if at all, known as a washitsu, or Japanese-style room. (Tatami is also somewhat difficult to clean, so that is one reason for the decline in popularity). Today, some Japanese people still sleep on tatami mats with a thin mattress on top (called a futon these can roll or fold up when not in use, and bear little resemblance to dorm room futons). While these might be too thin if placed on a wood floor, the tatami mat’s natural give apparently makes it very comfortable. (I’ve never tried it! Have you?) At this point, though, most people now sleep on ‘Western-style’ beds.

Despite the decline in usage, tatami is still a part of Japanese national identity, and has made its way into various proverbs, including “strategy planning on tatami,” meaning all talk and no action, and “even if a room has 1,000 tatami, a person only needs one to sleep on,” meaning don’t take more than you need.

In the West, tatami mats are probably most familiar to anyone who has been in a martial arts dojo — where the mat is given a special, almost sacred, status — but the look, feel and even smell of tatami makes it a material worth considering not just for the training dojo but for any home too.