The OODA Loop – What We Learned From Fighter Pilots 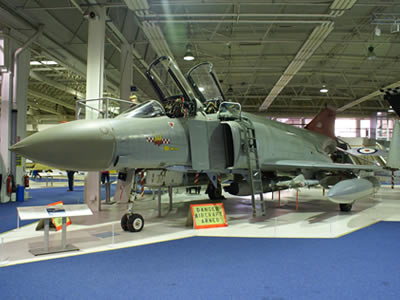 The OODA loop is probably best described as an information processing system.

The term itself is an acronym for OBSERVE ORIENT DECIDE ACT.

In simple terms the thinking behind the “OODA Loop” is that we all firstly observe what is going on around us, we then orient or analyze the information, we decide what that information actually means and finally we take action based on our analysis.

Once we take the appropriate action, we observe the result of that action and thus the loop is restarted. This is a constant process at work in all of us, most often, subconsciously.

For example, if I am walking along the street, before I cross the road, I observe what is going on around me, I watch for traffic, I see the road is clear and I orient that information which leads me to the decision that I can safely cross the street. I then act on that decision.

The man who coined the term was Colonel John Boyd. Boyd himself was a fighter pilot and he was curious as to why some pilots were more successful than others. He came to the conclusion that the pilots whose loop was quickest were the most successful. Those pilots were setting the pace as it were, where their opponent was constantly being forced to react. It has been described as ‘getting inside your opponent’s loop’.

John Boyd successfully put this ethos into practice with his work for the USAF. He was an advocate of maneuverable fighter aircraft, in contrast to the heavy, powerful jet fighters that were prevalent in the 1960s, such as the F-4 Phantom II (Pictured here) and General Dynamics F-111. Boyd inspired the Light Weight Fighter Project that produced the successful F-16 Fighting Falcon and F/A-18 Hornet, which are still in use by the United States and several other military powers into the 21st century.

So what does all this mean in the environment of self defense? In terms of conflict between two protagonists once you are inside your opponent’s loop you are the one setting the terms of the conflict. Your adversary is only in a position to react. This will give you a decided advantage as action will always be quicker than reaction, and as such you are in a position to change the focus of your attack, to change your tactics and targets so as to keep your loop spinning quicker than that of your rival.

If you look at the diagram, imagine that while you are acting, your rival is only then observing, in other words while he is taking account of your action and by the time he orients what he is experiencing and reaches a decision as to what action he is to take, you have already started a new action thus rendering his orientation and decision redundant as there is now a new set of circumstances for him to deal with.

This shows us the importance of the speed of our thoughts in dealing with an aggressor, turning the tables as it where and to act rather than react.