Training the people who come to the public’s rescue! Irish Fighter Magazine Article 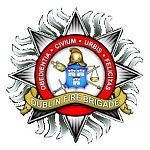 I arrived recently at the Hard Target Self-Defence headquarters in Turvey, North Co. Dublin and began to go through my planner for the week ahead. I was surprised that we had earlier received a phone call from the O’Brien Institute
(OBI), the location of the Dublin Fire Brigade Training Centre. They had contacted me requesting training for their staff in self-defence and breakaway techniques. I have to admit that I was a little surprised to receive the request, after all Dublin Fire Brigade and Ambulance personnel are the people who come to the rescue of the public, so why on earth would they want lessons in self-defence training I wondered? While over the years Hard Target has provided training to many institutions and government agencies, both nationally and internationally, I felt saddened to think that the very men and women who put their lives on the line watching over us every day should require such training in the line of duty. I’ve always believed that everyone should have some knowledge of self-defence but it somehow seemed conflicting that these audacious men and women felt compelled to seek out our services as part of their training.

Attacks with weapons
The OBI is a special place and the largest fire brigade training centre in Ireland. Built in 1880 as an orphanage and boarding school, the last boarders remained there until 1976 when the school was closed. Dublin City Council bought the site in 1981 and the first recruits began training here in 1985. Following their initial contact I
arranged a meeting with the training officers. During that meeting my team and I was told about incidents on crews, ranging from verbal abuse to attacks with weapons and everything in between. It was obvious that some undesirables take offence to blue lights and state issued uniforms. After the meeting we had a lot to ponder over. We needed to design a bespoke course that could be taught and retained quickly all the while working within the parameters
of the law and reflective of the Pre-hospital Emergency Care Council’s Education and Training requirements. The most common physical attacks seemed to be wrist grabs, collar grabs, punches, headlocks and chokes. First on the curriculum was dealing with protecting an individual personal space. If controlled and monitored, all of the aforementioned attacks can be avoided. Body language, posture, verbal dissuasion and eye contact are vital and the bedrock of all the Hard Target courses.

Very hostile situations
While we knew that fire and ambulance crews are experienced in conflict resolution and remaining calm in very hostile situations, we improved on this by including a few ‘do’s and don’ts’ when faced with aggression. A slight shift of the dominant leg, a few adjustments as to where and how to hold their hands, a relaxed but not (overly)
assertive posture, omitting certain words and substituting with others. These subtle changes can be the difference between triggering a negative response or getting home safely. If it becomes physical all communication has broken down. This lead us into surprise and ambush attack situations, body language, environment,

AMBUSH ATTACKS: Punches to the back of the head, being pulled or pushed from behind, hair pulls and head locks were all reported by the staff. How to break a fall from an ambush attack and get back on your feet ASAP was addressed. Scene safety and situational awareness can be greatly impeded when trying to regroup and reorient in a surprise attack.

BODY LANGUAGE: The curriculum included a module on recognition of the signs of pre-cursors and attack rituals as well as reading and understanding body language. Eye contact, eye movement, hand gestures, position of hands, posture, dialogue, head movements and declining of fine motor skills were also addressed. It was important our training methods were instinctive and intuitive due to the time restrictions and the nature of the job. The course my team and I designed addressed the most commonly reported attacks. We also highlighted the many variables
that could arise. For example, when demonstrating a lapel grab, the breakaway technique had to be effective whilst taking into consideration the size, age and immediate mindset of the aggressor. If an over anxious teenage girl was to apply the grab, the defence warranted may be very different than a 20 something six foot male applying the
grab.

ENVIRONMENTS: Environments also had to be considered. What may facilitate a breakaway in an open space could be very much impeded and problematic in the back of an ambulance. Consideration of terrain for example; concrete is not as forgiving as carpet in a living room. The majority of attacks on Dublin Fire Brigade personnel rarely come to the public’s attention. It’s generally only the life changing injuries that the red top media is interested in publishing.

LEGAL PARAMETERS: The Irish law on assault and self-defence is covered by the Non-Fatal Offences Against the Person Act, 1997. The offences that may be committed against a person vary in degree from a threat to do injury to the actual infliction of violence resulting in bodily injury. This legislation outlines what actually constitutes an assault and the levels of severity. It also outlines the position where an assault may be justified by self-defence. The bedrock of the training programme was awareness. If we’re aware of our environment and the people and things in it, we can identify potential danger and avoid it. If we cannot avoid it, we control and protect our personal space. These two key concepts of awareness and situational control (using ‘The Fence’) are 90%
of what self-defence actually consists of.

ASSAULT: Self-defence may be justified if the person is protecting themselves, a member of their family, or in this case (paramedic colleague) from injury, assault or detention caused by a criminal act based on all the circumstances surrounding the incident (Section 18 of the Act). A number of other scenarios may also be justified,
but the one mentioned above is what is commonly referred to as the self-defence justification. This defence is what is called an affirmative defence. This means that if a person charged with an assault and claiming self-defence must raise and support the claim with evidence. It’s then up to the prosecution to disprove the defence beyond a reasonable doubt. In reality, the judge or jury will decide if the self-defence claim is valid.

Effects of adrenaline
As we were training paramedics we didn’t feel the need to preach to the wise in relation to the physiological effects of adrenaline, epinephrine. In layman’s terms we spoke about fear and why many people are hesitant to admit they will be afraid during any level of conflict. These professionals understand the ‘flight or fight’ syndrome
better than any group I’ve ever trained. We must remember that these paramedics are also full-time fire fighters. Needless to say that going into a burning building when most are running out involves a massive release of adrenaline. The same organs and receptors are on high alert when faced with an irate member of the public
with bad intentions on their mind. Having the Hard Target Self-Protection game plan in place allows the medic to be more situational aware, thus giving him or her a window of opportunity to be proactive and return home safely at the end of their shift. It was a pleasure to work alongside the training officers in Dublin Fire Brigade
and accessing their experience and knowledge in assisting with the development of our training module. We are reassured and thankful that the crews of Dublin Fire and Ambulance Service are watching over us all, 365 days a year. The medical and fire fighting training they receive is second to none. Ultimate professionals, one and
all.