“Slow Down” – Success story – A Hard-Target is born! 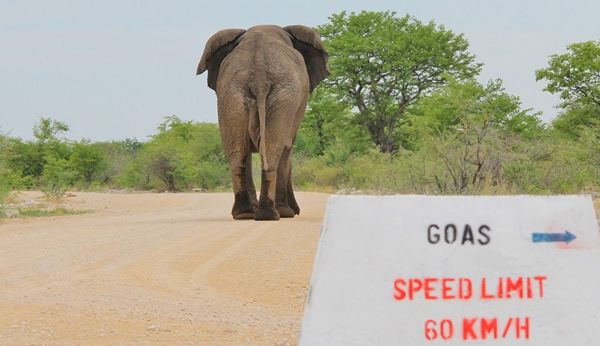 I took a call in the office a few weeks back from a lady who had been robbed and beaten at a petrol station. I set up a meeting for the following day. As she recounted the story I made mental and written notes.

When I had the relevant information I then asked her to tell me about the best holiday she’d ever had and why it was so memorable.

She looked confused. As she began to speak the tone of her voice changed (very) slightly but the pace of her dialogue did not.

It was the very same (fast) pace as when we had spoken on the phone the previous day.

This lady made many mistakes that culminated into a perfect storm of violence. She had unknowingly exhibited many gestures, movements and body language signals that will attract a predator. However, the most obvious to me and her attacker was that she moved too fast! Her thoughts, movement and speech were rapid. When she recalled memories of her most wonderful holiday she showed no sign of slowing down.

So my self-protection tip for this month is SLOW DOWN.

It seems the demand for speed is increasing. Faster cars, faster internet, faster food. The faster we move the more we impede our awareness. We struggle or completely fail to be situationally aware.

I would describe my client as being in a constant state of urgency. Everything about this lady screamed at me that she was in a hurried state of mind.

Lead Up To The Attack

Her days start early, she has two young children to get to a crèche, she has deadlines to meet in her job, she regularly skips breakfast, her car is not cared for and often refuses to comply when she puts neglectful demands upon it. The day she was attacked was similar. Her brain was engaged with all of the above and adding to the cocktail of stresses, she was upset about an argument she’d had with her partner the night before.

Scene Of The Attack

As she pulled into the filling station her attacker was watching. Like a vulture sinisterly observing and choosing his moment to execute his cowardly act. The forecourt was busy and so was she, fumbling in her handbag for cash to pay for her petrol. Everything was as it needed to be for the vulture. The doors were unlocked, her brain was engaged, her bag was on the passenger seat, her actions were swift and clumsy, her posture was weak. The vulture approached the driver’s door. He yanked it so hard she fell on top of him. He raised his fist and punched her twice in the face, she went into instant shock. What we refer to as “Adrenaline Dump”. He leaned across her, she could smell his body odour, he grabbed her phone, her handbag and stole her confidence.

This lady came to me for self defence training but I had other ideas. In the weeks that followed my lesson plans included meditation, relaxation, optimum nutrition, time management, mindfulness and living in the moment. Prevention is better than any cure. If (during the early phases of training) I was to teach my client how to knock or choke-out the vultures she would still be in a flustered mindset and (falsely) believing she could handle a similar confrontation.

Your car will be fitted with seat-belts and airbags but that doesn’t mean your should drive at 150km per hour or crash into the nearest tree hoping the safety features will protect and save you. Think of self defence training as an environmental seat-belt, nice to know you have it but I would prefer to never have the need to rely on it.

Success Story – A Hard-Target Is Born!

Now, her awareness is excellent. Simply because she slowed down. She can now also choke-out a vulture in less than 10 seconds if needed! Confident, relaxed but always prepared.

If you are a someone who has ever been a little bit concerned about her safety when you are out and about or are simply interest in learning a system to help you with self-defence, then we have a very popular “women only class“. You will get to meet like minded women, with similar concern, train in a safe environment, while learning how to get home safe.

Women of all ages and fitness levels are welcome. We also know that with work or for Mum’s with children time can be an issue. With that in mind we offer a highly successful 2 Day Weekend Self-Defence course.

If you have any questions about the topics discussed in this article or any of our course please feel free to contact us, we would love to talk to you.